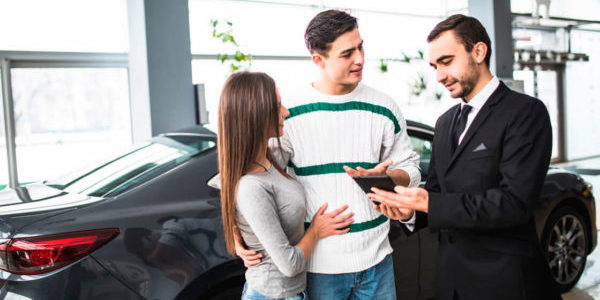 When any of the children of an insured takes out his driving license and he intends to use the owner's vehicle occasionally, the following dilemma arises within the home, what to do?

The alternatives that are normally presented are three:

Before explaining the pros and cons of these decisions, we advise you to consult us all the information on coverage and benefits of the different insurances in the market, and for this, it is best to visit us in our office or call us by phone so that we will save time and Find the precise information and the policy with the best value for money.

Now, we will begin to explain the option that causes the greatest inconvenience in the event of suffering an accident, that is, when the driver who suffers or causes the accident does not appear as such in the policy.

In principle, “third party” insurance should cover any damage or injury that may occur to third parties, always regardless of who the driver is. We say in principle, we will see why.

The "own" damages would be borne by the insurance holder, as would happen if it were the latter who suffered the loss. However, we must bear in mind that the accident rate will, from that moment, harm the policy holder, since he would lose any discounts or bonuses that he had, and even if no claims were made, those who drive without appearing in the policy you will never acquire any type of future bonus when owning one.

However, things could be worse, since there are many companies that can understand the matter as a "deception" to the company, and therefore a "bad faith performance", avoiding any responsibility and having to run the holder of the policy with the expenses of the damages produced in the vehicle and injured occupants, and in the worst case it will be unprotected before the legal actions of those third parties.

Of course, in the case of "all-risk" insurance, they will not be responsible for any type of damage, either their own or that of others, because it has clauses that establish who should be the driver of the insurance and will only be liable for the his behaviors.

When the driver appears on the policy as "occasional driver"

The novice driver appears as an occasional driver on the policy and yet drives the vehicle regularly.

There are many companies that "accept" this option, even knowing (we do not think we are deceiving them) that the occasional driver is not so much. The increase in the premium will increase, although not in the same way as if it were regular co-owner. However, we must be aware that this situation should be only temporary, since not everything is an advantage.

The occasional driver will not acquire a bonus, and any accident part that it produces will directly harm the insurance holder, but also, the companies have certain clauses in this case for which the holder will have to pay the first or second tranche of the Damage caused by the occasional driver.

Appearance of the new driver as a regular driver in the policy.

In other words, doing things as they should be done, with legality ahead.

It is true that many companies will not want to insure you at "all risks" and to do so, the cost can be exorbitant. The most typical is to insure the car to third parties until acquiring a certain “resume” of lack of incidents, and increasing the coverage of your insurance.

Despite the disadvantages that this option may have in principle, it ensures that you are always covered by any type of civil and criminal liability for a possible accident and that, over time, you will acquire bonuses that will discount your premium.

Choose the option that you finally choose, remember, first of all, find out and decide wisely.

What is tax deductible on income: Insurance and other concepts that deduct tax
23 November 2020

What is a life insurance certificate and what is it for?
22 october, 2020

Locative liability clause: in which cases is it convenient for me?
7 october, 2020

Insurance with franchise: what it is and how to know if it suits me
25 August 2020

Bonus Malus: what does it mean and how does it affect the price of my insurance?
11 August 2020

Search
latest Articles
Themes of interest
Our insurance policies
Go to Store
We use cookies to ensure that we provide you with the best user experience in our website. If you continue using this site we will assume that you agree.I agreePrivacy Policy